The History of Mirtos in a Nutshell

and a brief summary of the Minoan occupation 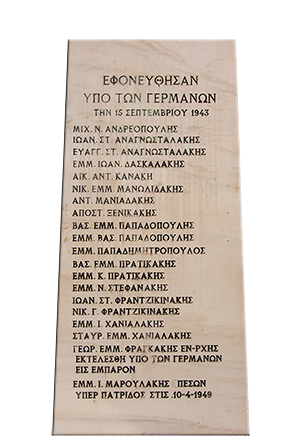 How Mirtos became a residence

Before the end of the 19th century one could not speak of a residential community in Mirtos. People just didn’t live by the sea at that time. The reason? It was too dangerous. At sea, pirates were active. When in the late 19th century this danger was averted, mountain villagers slowly moved to the coast. Many of those first inhabitants of Mirtos came from the village, Gdóhia, seven kilometers up the mountain. That they chose this particular place is easily explained. There was already trade in Mirtos. Products from the hinterland were taken to the existing harbour (karavostási), westerly in the bay at that time, in order to be shipped to Ierapetra. From there, the goods were transported to domestic and foreign destinations.

Mirtos grew steadily. It was still far from wealthy, but people could make ends meet and there was peace. Until the Second World War. The German Army, that landed on Crete in 1941, wanted to set barring zones, especially on the south coast, for strategic reasons, thereby encountering much opposition from the partisans. A lot of fighters, but also ordinary civilians, lost their lives in these struggles. Eventually, Mirtos had to be evacuated on the orders of those in power on September 15, 1943. Eighteen boys and men refused to do this and were executed. The houses were burned. That great drama of Mirtos is reflected on a simple pillar in the village. On it are the names of the eighteen who perished, and are commemorated every year on September 15 with a church service and the laying of wreaths.

Initially, the population didn’t want to return after the war. With some pressure from the government, they eventually went back. The walls of the burned houses were still standing and slowly they began to rebuild.
The destitute population continued to live in great poverty. Until the late sixties, when the Dutch Paulus Kuiper came to Ierapetra and introduced the greenhouses there. Multiple crops were made possible, and the plants became more resistant to weather and diseases. Also Mirtos got its share of the tremendous growth in terms of wealth.

In the early eighties more tourists came to Crete. In the north that growth was becoming explosive. On the south coast, tourism in Mirtos was slowly but steadily growing. In that same period the council in Mirtos decided to build a sea wall as protection against the pounding sea. The combination of these two events led to the erection of buildings on the promenade where restaurants and cafeterias opened. A beautiful boulevard with a nice beach was the result. The boulevard is still regarded as one of the great attractions of Mirtos.

As for today, more than 600 people live in Mirtos summer and winter. For a large part they live from agriculture and tourism. The holiday season takes place between April 1st and November 1st. People are predominantly Greek Orthodox. Mirtos has an small old church from the period of the first inhabitants and a new larger church from a later date. Mirtos has a kindergarten and a primary school. Secondary school children have to go to Ierapetra. The village falls within that municipality and has a representative in its municipal council, elected by the people. 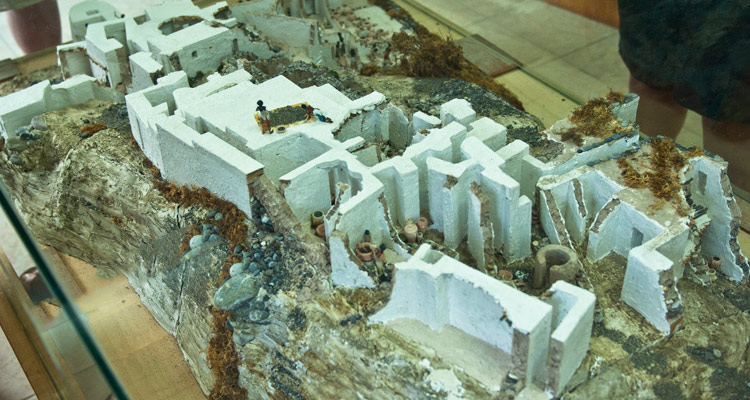 You can find out more about the history of Mirtos in the Museum near the old church.
John Atkinson

The Minoan Occupation of Mirtos

The Minoans were in the Mirtos area from the very beginning to the end of the Bronze Age palace periods.
People (who would later be called the Minoans) arrived in the Mirtos area before 3000 BC. They were farmers. They came with cows, sheep, pigs and goats. It was the Neolithic era and all their tools were made of stone. By 2800 BC there were two small settlements. One was on the hill known as Pyrgos, which is immediately above Mirtos village. The other is a kilometre to the East on a hill known as Fournou Korifi.
Around this time bronze was introduced to Crete. It came from the near East. Pyrgos and Fournou Korifi were now in the Minoan Bronze Age and had both stone and bronze tools.

When Fournou Korifi was excavated the archaeologists found the following:

After 400 years the settlement was destroyed by fire and all the people departed hurriedly leaving everything exactly where they had been using it. They never came back. Because of this Fournou Korifi is one of the very best examples of life at the very beginning of the Bronze Age. Its excavated remains can be found on Fournou Korifi one kilometre east from Mirtos. In the museum of Mirtos is a scale model of the Fournou Korifi site.

The settlement at Pyrgos was not destroyed. It continued and grew through two palace periods, for the next 1350 years, at the end of which it had a large fine house containing much wealth, after the style of a palace. This was destroyed in 1450 BC along with the other palaces on the island. The eruption of the volcano ‘Thera’, on the island of Santorini, is thought by some to be the cause of the end of the palace Periods. The remains of the fine house can still be seen on Pyrgos hill above Mirtos Village. 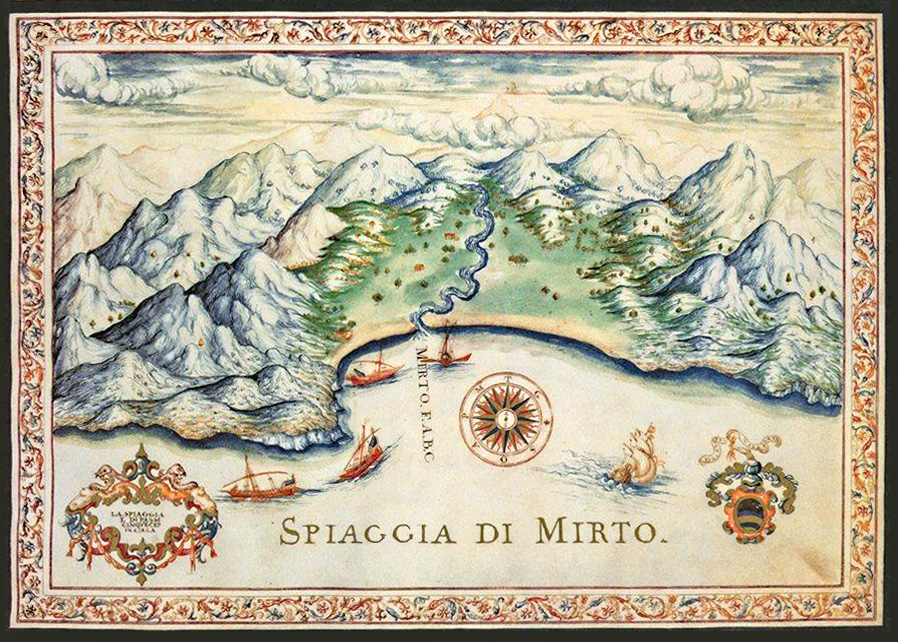 Around 1647 the Ottoman Turks arrived at the area of Mirtos. They completely destroyed the village and killed all the people they found. During the whole period of the Turkish occupation the region of Mirtos remained uninhabited and the few survivors moved to neighbouring villages. It was finally around 1880 that people started to return to the area. Slowly trade had started again in Mirtos and some new warehouses and houses were built. The first returning residents of Mirtos were merchants. Later other people from the Agios Vasilios settlement and the surrounding villages, like Gdohia joined them. Slowly the village was transformed into a trade centre. All local products from inland (oil, carobs, coal, etc.) were taken to the existing harbour (karavostási), westerly in the bay at that time, in order to be shipped to Ierapetra. From there the goods were transported to domestic and foreign destinations. By 1896 eleven families had settled in Mirtos. In the census of 1920 Mirtos had a population of 237 and in 1940 of 397. Apart from trade, agriculture was the main source of income in Mirtos. The main products were oil, carobs and cereal. Only in 1917 was the first vine planted.