The Museum of Mirtos

Mirtos has a small Museum, next to the old Church in the centre of the village. The centerpiece is the scale model of the Minoan House at Fournou Korifi. 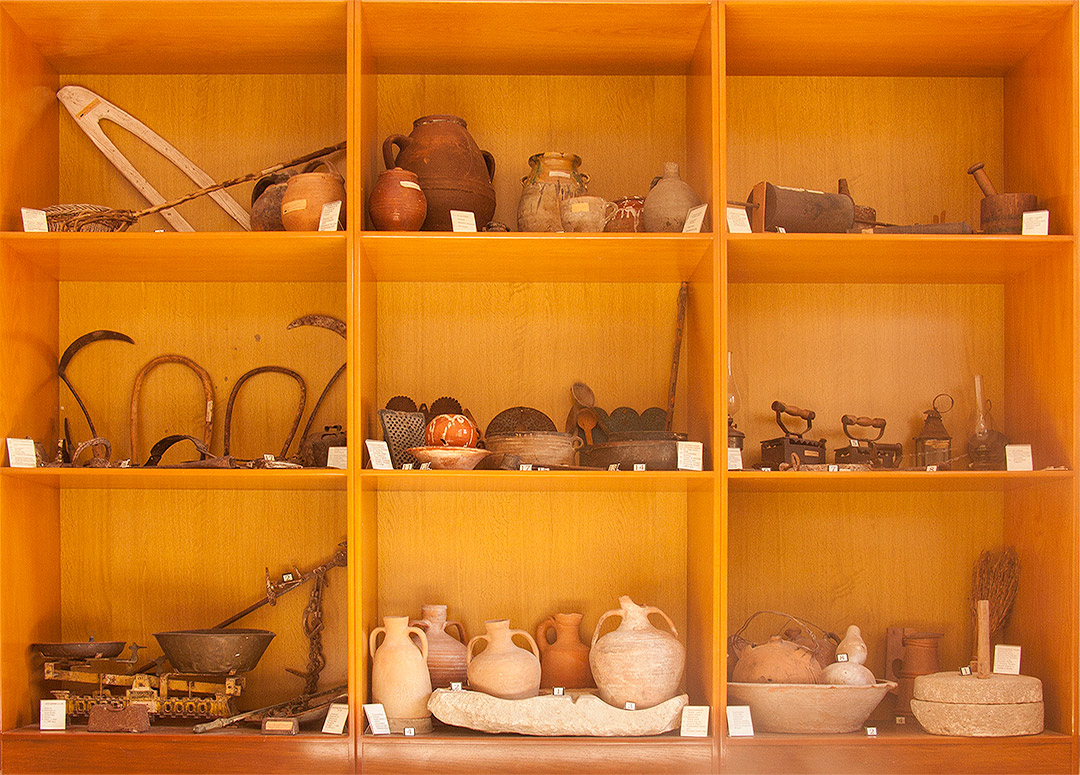 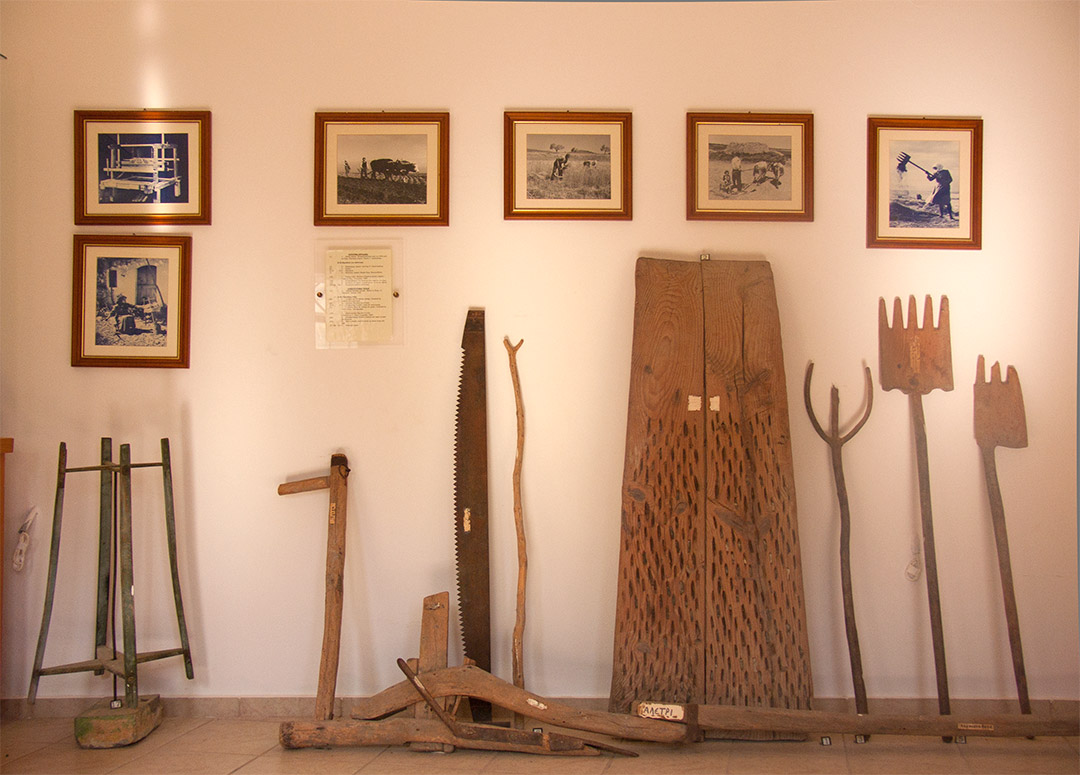 The Museum of Mirtos

The instigator and founder of the museum of Mirtos was the dear departed George Dimitrianakis. Being a teacher in Mirtos, George Dimitrianakis had noticed that the fields to the east of the village, more specifically the land under cultivation, was interspersed with vases, pieces of tools, pieces of statuettes and various small articles. Seeing this, he had the idea to gather what he could and decided to collect them in the school building, to protect them from damage, decay or theft. At the same time he informed the Curator of Antiquities. He believed that some day an official would take up the study of these finds and of the whole area. Indeed, in 1962, there came to Mirtos the Principal of the English Archeological School of Athens Sinclair Hood with two of his students, Peter Warren and Gerald Gadagan. Among other places they visited the Primary School of Mirtos. Their attention was attracted by the archeological finds which had been collected by the teacher, on which the characteristics of Minoan art were obvious. The archeologists observed the finds, took pictures of them and then asked to visit the places where these finds had been made. They were taken to “Fournou Korifi” and to “Pyrgos”. They explored the area, collecting and taking with them pieces of vases and whatever was visible on the topsoil. In 1967 due to their great efforts, excavations started and Minoan settlements were brought to light. In spite of the teacher’s tremendous efforts, very few of the valuable finds discovered, remained in Mirtos. Over the years George Dimitrianakis also gained possession of numerous objects of both historical and folkore interest. Thus the Museum of Mirtos slowly came into existence, housed in a classroom of the Primary School where it remained for 40 years. This museum contributed considerably to the reputation of Mirtos. After George Dimitrianakis’s death the museum was endowed by his heirs to the then Village Council of Mirtos which is now part of the Town Council of the Municipality of Ierapetra. Today the Museum is housed in this new building, which was given by the Parish of Ierapetra and Sitia (Hiera Mitropolis of Ierapitna and Sitia ). The construction of the museum, its layout and the provision of its equipment were possible as a result of funding from the Municipality of Ierapetra. The Museum started working in July 2001.

George Dimitrianakis was born in Gdohia, Ierapetra in 1923. After finishing Primary School in Gdohia, he studied at the Secondary School of Viannos and later in the Gymnasium of Ierapetra, from which he graduated in 1943. In 1946 he entered the Pedagogic Academy in Heraklion but in the second year he registered at the Maraslios Pedagogic Academy in Athens, from where he graduated with an excellent degree in 1947. He served as a teacher in the following Primary Schools successively: Gdohia, Grevena, Gra-Lygia, Metaxohori, Mirtos ( 1957-77), 2nd Primary School of Ierapetra. In 1983 he was appointed as a Head of the 1st Department of Primary Education in Ierapetra, and a year later, in 1984, he retired. He died in June 1994 in Mirtos where he was buried. 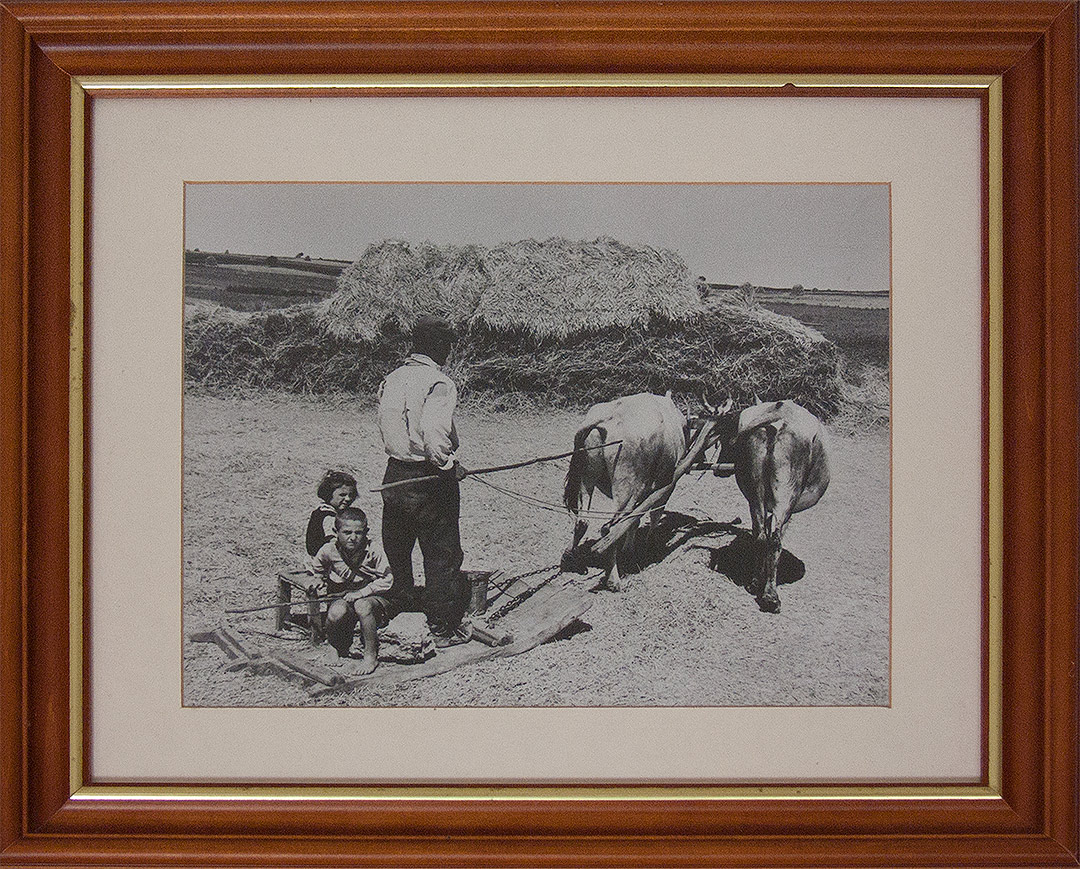 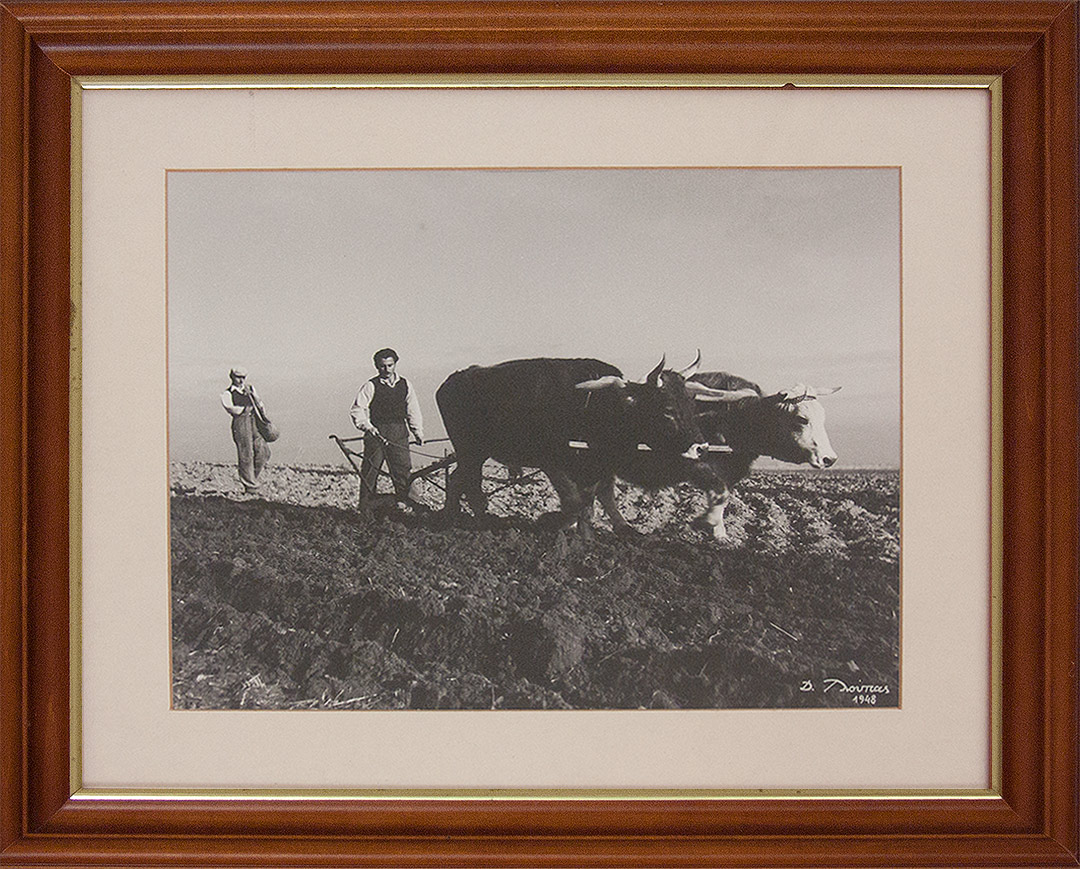 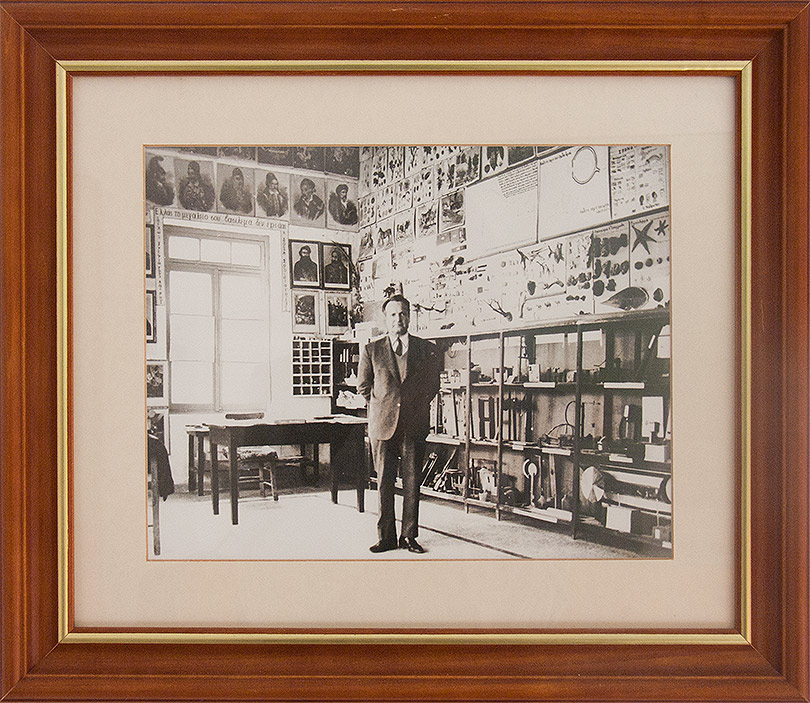 The scale Model of Fournou Korifi 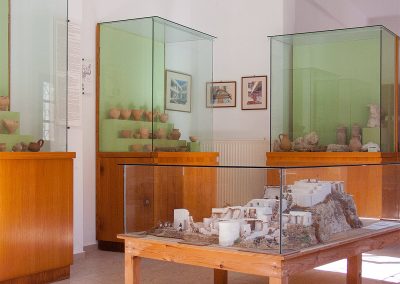 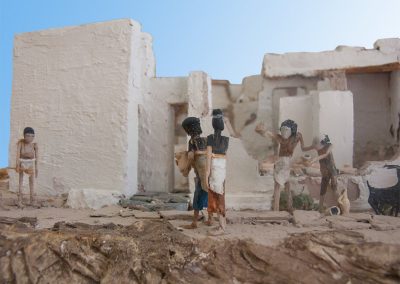 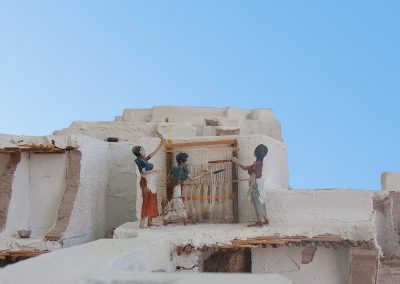 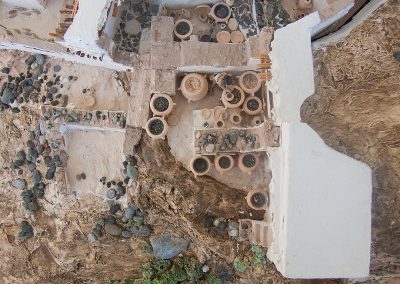 By the beginning of May 2004 Professor John Atkinson, who is now the Curator of the Museum of Mirtos, started to assemble a scale model of the Fournou Korifi site, about 1 km from Mirtos. The model was built solely based on the extant evidence that had been found, without conscious reference to excisting conceptions and scholarly tradition of what Minoan buildings would look like.

The pottery in the model is real pottery, John Atkinson is a potter. Tiny figures are added, to give us an idea of the scale. The scale is one inch to one metre. Every aspect, every detail and every dimension of the model has been carefully reconstructed to match the report of the original excavator Peter Warren. John visited the site for six months every day in 2002, and then again for six months every day in 2003 before even making an attempt to build it.

More details about the construction of the model can be found in a scientific paper, that can be downloaded here. John Atkinson’s contribution starts at page 27, of which we’ve added some of the images below. 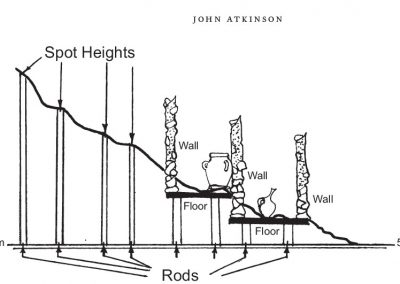 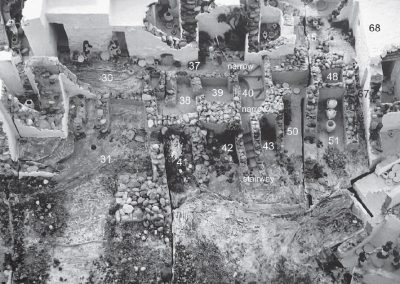 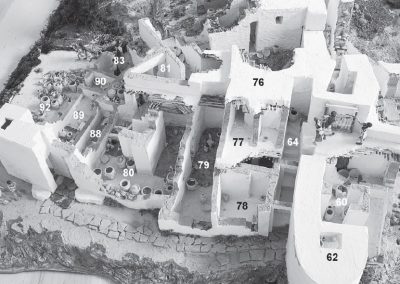 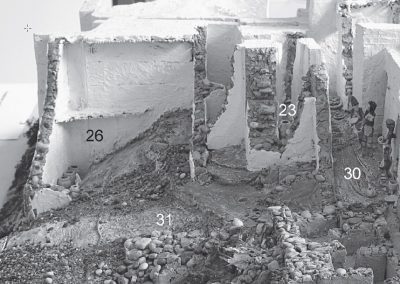 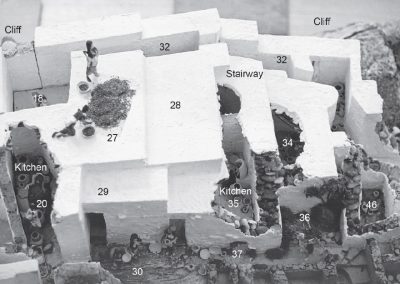 On our History Page John wrote a brief summary on the Minoan Occupation of Mirtos.